Imported from Spain as a yearling, bred by the distinguished Miguel Angel Cardenas stud farm in Ecija, Spain.  Prototype Spanish mare, beautiful, feminine, has been one of our foundation mares at Rancho Andalucía up to her recent sale. She has given us many superior offspring, some of whom were exported as far as Novo Scotia in Canada. HACENDOSA has phenomenal movement, and a gentle soul – A rare jewel. 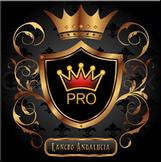 This beautiful mare is imported from Spain from the stud farm of “Las Yeguas Des Caracol”.  Her sire is the distinguished qualified bay stallion Kalahari Azores, who has despite his young age sired several sons that are already registered in the book of Merits.  He is passing on his breed characteristics and rideability as well as nobility to his offspring. This is very apparent in his daughter Marea whom we were fortunate enough to acquire.  She has definitely inherited his nobility, size (he is 1,71m), and beauty.

Words can’t express how excited we are about Marea, she is a moving machine. A true powerhouse tank, and all that with a tender, kind temperament. She is a 17 hand mare, with big bone, that has given us some of the most amazing foals, and the cross with Jalisco Dominante is a breeders dream come true combination. Her foals are a combination of the best of Jalisco Dominante and Marea in one package, they have their parents good mind, easy to handle, size, great movers, and are very beautiful. She has produced grey and bay for us..

The foundation broodmares of  Rancho Andalucia and the phenomenal offspring they produced for us.

Click on the foal images to open the slide show 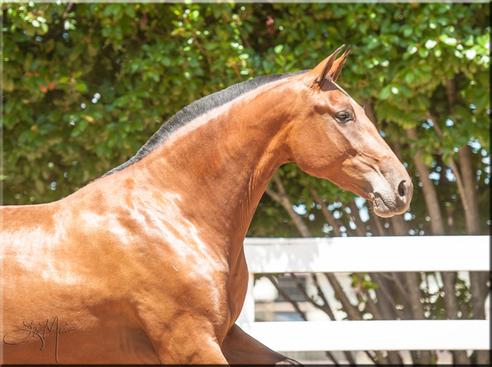 Beautiful solid bay moving  machine.  She truly deserves her name. A delight to watch in  action.  Super sweet temperament, loves to snuggle and be loved on.   Out of a homozygous black mare and bay stallion.

Her older sister, Galactica PRO, has won Best Movement as a yearling at Fiesta Florida several years ago, straight out of pasture with no prior training against a stiff competition. Her older brother is working towards GP in dressage with very good scores (both were out of our Urgel III). More recently, her half  sister (out of Romerito) has been qualified with some very high scores awarded  to her. From there, she has won several Championships under saddle and breed shows and become a star in the PRE world.   Please inquire about pricing.

Breeders of Pure Spanish Horses Since 1985